The film has been released over 2600 screens across India and marks debut of ace filmmaker Karan Johar in negative role.

While the film opened on Friday with average income of Rs. 5.20 crores, the Saturday’s collection dropped slightly instead of expected increase. The word of mouth too has not helped the film and rather affected negatively on its performance. The reviews too have come out against the film declaring it messy and loaded with cold performances from the leading pair Ranbir Kapoor and Anushka Sharma. It comes as an unfortunate one from Anushka Sharma who has recently showcased high skills in PK and NH10. 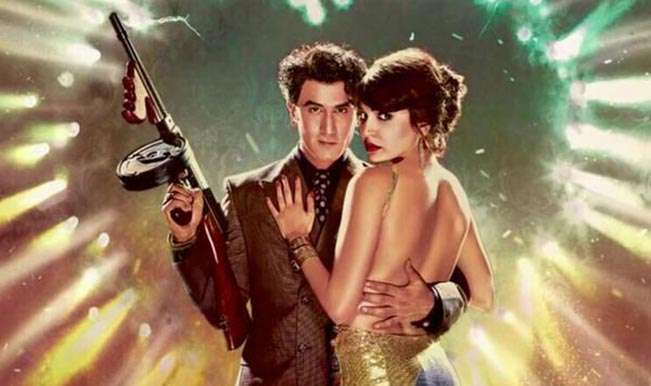 Amazingly, Piku is still thundering at box office even at its second week, while Bombay Velvet failed to race up after a damp start on Friday. The week remained loyal to the previous releases Piku and Gabbar is Back while the week’s fresh releases Bombay Velvet and Suuny Leone-Ram Kapoor starrer Kuch Kuch Locha hai bombed drastically at the box office. Also read Piku’s box office collection. Akshay Kumar’s Gabbbar is Back is swiftly heading towards becoming second highest grosser of the year 2015 which will be breaking record of his own ‘Baby’. The top grosser of this year so far are Fast & Furious, Baby, Gabbar is Back and Avengers The Age of Ultron.

In spite of being released at lesser screens than Bombay Velvet, Piku is still minting gold at box office after a week of release. A big win for a family entertainer at the box office is witnessed after quite a long time.

Anupam Kher Show to be back with Season 2

Well does 2015 serves a bad year for Ranbir Kapoor? Though Roy had a good performance at box office, it was one of the Ranbir Kapoor’s low fared movie. Lets wait for Ranbir’s upcoming releases of Jagga Jasoos with Katrina Kaif and  ”Tamasha’ with Yeh Jawani Hai Deewani co-starrer Deepika. Release dates of both the films are not yet confirmed. However Tamasha is postponed to release in next year while Jagga Jassos is expected in November 2015.

Keep in touch with our entertainment section to get latest bollywood trailers and film biz reports. Watch online episodes of your favorite reality shows too.