Finally, the long wait for Salman Khan’s fans is over with Bajrangi Bhaijan’s trailer getting unveiled which has already started trending over twitter within the minutes of its release over youtube. The first look of the movie which is Salman Khan’s home production was launched just couple of days back.

Watch the trailer here before you move on to the first look poster, wiki and release date of the movie :

The trailer is quite captivating with Salman Khan exhibited largely as a man with big heart who saves a mute girl from Pakistan getting lost in India. What we can draw out from the trailer is that film’s story revolves around mission to reunite the lost girl to her native Paksitan and home.

As obvious, Salman Khan is playing Bajrangi Bhaijan in the film with her love interest being played by the leading lady of the film Kareena Kapoor Khan. Nawazuddin Siddiqui is drawn in a pivotal role too.

What steals the show in trailer is Nawazuddin’s short but subtle dialogue beside the Salman Khan’s portrayal as Bajrangi Bhaijan.

The film is directed by Kabir Khan who also directed Salman’s earlier flick Ek Tha Tiger featuring him as a spy.

The significant part of the film were shot in Kashmir. and  will be releasing on 17th of July, the week marking festival of Eid.

The trailer of Bajrangi Bhaijan which begins with a little girl missing her train is highly loaded with Salman Khan’s star power had already gone on buzz over social media much well before the actual trailer got released. Lots of hashtags were being trended about predictions for the trailer and dates were exchanged over twitter and other medias for the trailer’s release. Finally the trailer is out and has been liked by his fans. Before the trailer was unveiled for the world, 50 fans of Salman Khan were shown the trailer setting a new trend.

Yet another fresh news is stirred up by Bajrangi Bhaijan is tweet messages received by Salman Khan for his trailer by the other two Khans of the film industry. Salman did not take a moment to reciprocate them for their gesture; its the tweet which has already clocked more than 7000 retweets by now and has hit more than 12000 favorites while you are reading this article.

The romantic action drama of Salman Khan also carries all pleasing hallmarks of the star with his blasting entry on the screen, dance numbers and romancing sequences with Kareena Kapoor. However the action is not highlighted in the movie which promises the film to be bit different from the earlier action flicks of Salman Khan like Jai Ho, Kick, and Dabangg series. The movie is all set to get released on Eid this July.

Salman Khan is the most powerful star who is truly a crowd puller any time and looking at the trailer of his upcoming Bajrangi Bhaijan he will be doing it once more time to please his fans at which he is the best. Share your views and says on the Bajrangi Bhaijan Trailer. We are sure you have enjoyed the trailer. Also check out the first look of Aishwarya Rai starrer Jazbaa.

Stay on with trendinindia.com for more buzz on movies and reality shows of small screen. 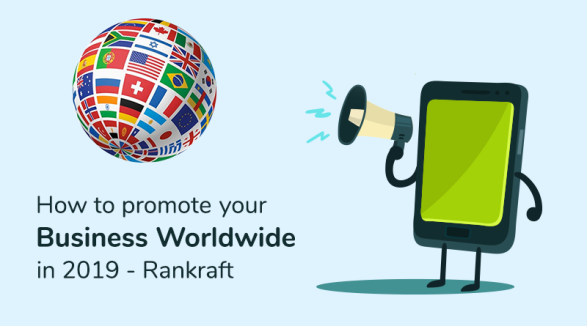 How to Promote Your Business Worldwide in 2019? – Rankraft